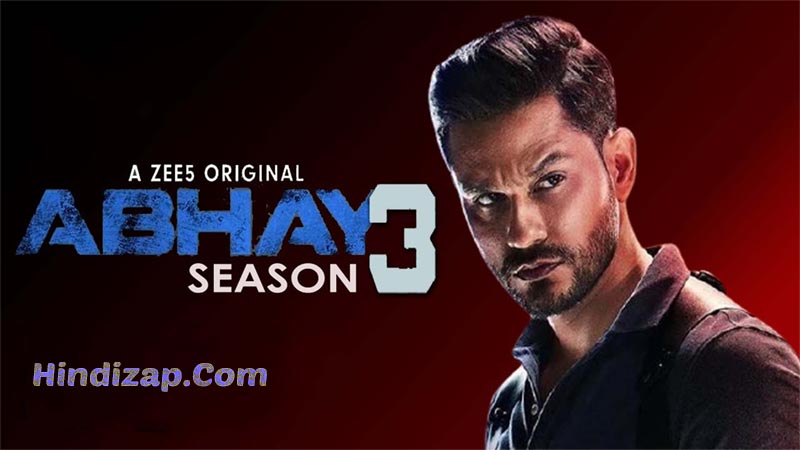 After giving the two successful seasons the franchise of Abhay is all set to deliver its third installment. Indian streaming giant Zee5’s Original crime thriller web series’ Abhay set the benchmark in the crime thriller space.

The lead actor of the franchise and Bollywood actor made his digital debut with its first season in 2019. He played the role of Officer Abhay Pratap Singh, an investigation officer with a criminal mind, who can do anything and go to any extent when it comes to solving a case.

The First Season of the series was released on February 7, 2019, which became a major hit. After the success of Season 1, the maker came up with its second season “Abhay 2” on August 14, 2020.

Both the seasons of Abhay consisted of eight episodes each. The filming of the third season of Abhay was started during October 2021 and is ready to hit your digital screens in the upcoming days.

Here’s Abhay 3 Trailer is out on the 16th of March with a release date (8th April 2022), Abhay 3 will be premiering on the homegrown digital platform Zee5 in all three languages Hindi, Tamil, and Telugu.

The trailer depicts, Abhay being all geared up for another mission, this time he is on the hunt for evil, who is on a killing spree of people, will he manage to fetch the devil forms the rest of the story.

If we talk about the third season, Actors including Asha and Nidhi are returning to portray their characters.BiggBossOTT winner Divya Aggarwal will also be featuring in the series.

As per the trailer, Rahul Dev, Tanuj, and Divya will be seen in the antagonist’s role.

It is bankrolled by B.P. Singh and Akshay B.P. Singh under the banners of Fiction Factory Productions and Essel Vision Production Limited.

Cinematography and editing is done by Hari K. Vedantam and Mukesh Thakur.

CONTROVERSY REGARDING THE ABHAY SEASON 2

The makers of this web series faced a lot of criticism, especially in Bengal, for showing the great Bengali Freedom fighter Khudiram Bose as a criminal.

Later, Zee5 apologizes for the mistake of using Bose’s photograph on a criminal board in one of the episodes of Abhay season 2.