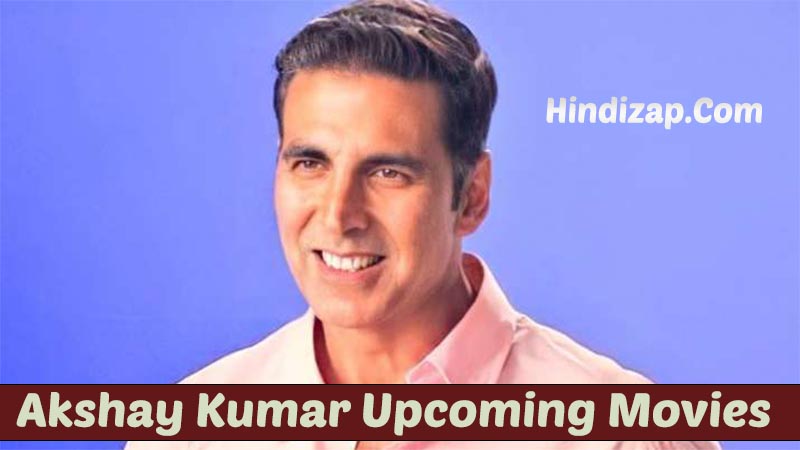 Akshay Kumar’s journey from a waiter and chef to one of the biggest Bollywood stars is just incredible, he was interested in martial arts, trained in Bangkok, later did modeling and then films.

His martial arts skills advantage as he did several action movies, still admitted that had no idea of acting but the action films worked and he became a favorite of countless movies goers.

Akshay Kumar is well known for his disciplined life, waking up early morning and starts work too soon, this is the reason he delivered 4-5 films of a year.

Get here Akshay Kumar Upcoming Movies 2021 & 22 Budget, Release Date & Trailer details, the combination of his superstardom and the content working and filmmakers are making too much money from his films.

Successfully running in the theaters and now available on the OTT platform Netflix too.

Khiladi Kumar and his filmmaker friend Sajid Nadiadwala shake hands for the masala film for the 10th time released on Holi, failed to get success at Box Office but OTT result can better as several positive reviews from critics:

Khiladi Kumar is all set to play the great warrior Prithviraj Chauhan in Chandraprakash Dwivedi’s Next film. The periodic drama title was in controversy like Padmavat, Rajput community objecting over making this film. Sanjay Dutt and Sonu Sood to play important characters.

Akshay Kumar in another real story of bravery, film called Gorkha. He announced theater release date of his next Sooryavanshi and film Gorkha on Dussehra 2021.

Akshay Kumar is very excited about a psycho-thriller film called Cinderella, Bell Bottom director reunite with him, shooting started in London, Rakul Preet Singh is the lead female, wrapped up.

On the occasion of Diwali 2020, makers released Ram Setu first Look poster. The film will talk about Ram Mandir in Uttar Pradesh. He will play the role of an archeologist.

Akshay Kumar and Serial Kisser Emraan Hashmi come together for a Malayalam Superhit Hindi Remake, the Driving Licence to be made in Hindi as Selfiee. Nusrratt Bharucha and Diana Penty join the them as lead females.

Reportedly, Akshay Kumar has signed the Tamil Hit Soorarai Pottru Hindi Remake with some changes in the script keeping North Indian audiences in the mind, official announcement yet to happen. Suriya’s Soorarai Pottru’s IMDb rating in 9.1. Radhika Madaan’s name being circulated as leading female in the film.

Ace writer K. V. Vijayendra Prasad confirmed that he is writing Rowdy Rathore script for filmmaker Sanjay Leela Bhansali, an official announcement is yet to happen.

Sultan and Tiger Zinda Hai director Ali Abbas Zafar to make a whopping budget action film where trained martial artists actors Akki and Tiger Shroff to lead it and now it is confirmed officially too.

Hera Pheri 3 is a sequel to the most popular comedy film series Hera Pheri started in 2000. Priyadarshan directed Hera Pheri series is one of the best comedy movies of Bollywood to date.