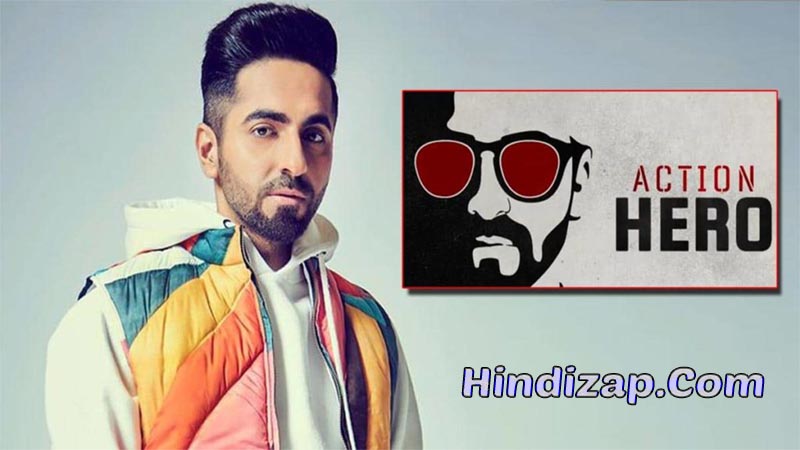 Bollywood’s young and one of most promising actors Ayushmann Khurrana has been touching new heights of fame and success since he entered into the industry in 2012 with acclaimed romantic comedy film Vicky Donor.

The actor is known for playing a unique role and through his movies the actor tries to give some serious messages to the society. There are only a few actors in the industry who have achieved a lot in a short period of time, and Ayushmann is one of them. He has given back to back hit movies including Bareilly ki Barfi, Shubh Mangal Saavdhan, Andhadhun,Badhaai Ho, Article 15, Dream Girl, Bala, Shubh Mangal Zyada Saavdhan.

Now the actor is all set for his another film titled An Action Hero, as the title is saying it all, the film is surely going to be an action entertainer, it was announced in October last year.

Today, on Friday, April 22, 2022, the makers of the movie have made the announcement regarding its release date. It is now confirmed that the film will be released theatrically on 2nd December, 2022.

Ayushmann Khurrana completed 10 years in the Hindi film Industry this week as his debut film Vicky Donor was released on April 22, 2012, since then the actor has come a long way and there is no looking back for him.  The film marks the 19th venture of Ayushmann as an actor.

His recent release was romantic comedy drama Chandigarh Kare Aashiqui, which was released in December last year. In this upcoming film the actor will be seen in lead role, his another action film Anek is also in pipeline for this year along with another film Doctor G, which is a campus drama.

Along with Ayushmann Khurrana, actor Jaideep Ahlawat will also be seen in a key role in the movie. He is best known for playing Police officer Hathiram Chaudhary in Amazon Prime Video’s crime thriller web- series Paatal Lok.

The film is directed by Anirudh Iyer, who has worked as an assistant director in Shah Rukh Khan and Anushka Sharma starrer Zero (2018). It is bankrolled by Anand L. Rai’s Colour Yellow Productions in association with Bhushan Kumar and Krishan Kumar’s T-Series.