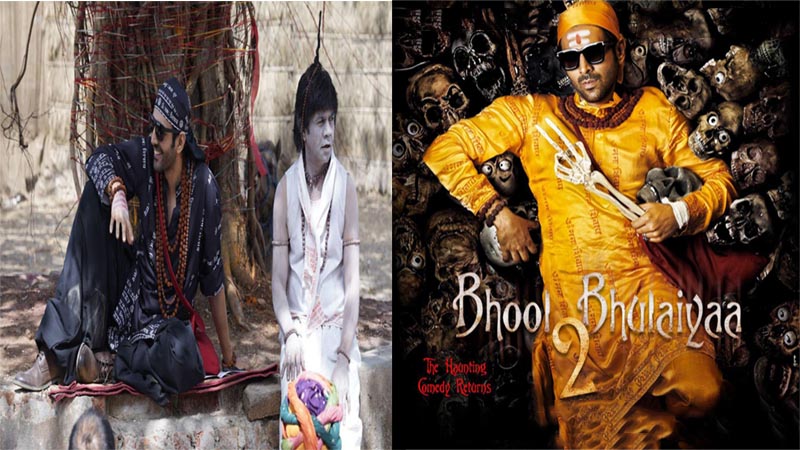 Bhool Bhulaiyaa 2 Netflix OTT Release Date Here, Check full Details: Pyaar Ka Punchnama fame Kartik Aryan has many big banners projects in the queue for this year, one of them was the latest horror-comedy Bhool Bhulaiyaa 2, which has finally been released in theatres. This horror comedy-drama takes you on a full entertaining ride.

It is the sequel of Priyadarshan’s critically acclaimed 2007 horror drama Bhool Bhulaiyaa, which starred Akshay Kumar in the lead role, along with Vidya Balan, Ameesha Patel and Shiney Ahuja.

Which itself was the remake of the 1993 Malayalam psychological horror movie Manichitrathazhu and ended up being the 6th highest-grossing movie in 2007 by collecting over Rs. 850 million worldwide.

Now for the sequel of this horror-comedy, Kartik Aryan is reprising the role of Akshay Kumar, who made everyone laugh with his exceptional comedy timing and humor in the role of Rooh Baba.

The expectation was high from Kartik Aryan, as he has to match the level of Akshay Kumar and also has to do justice to that role. However, Kartik’s film Bhool Bhulaiyaa 2 already a blockbuster now.

Bhool Bhulaiyaa 2 is running successfully in theatres, so the makers are not in hurry to show it on Digital Platform, it’s confirmed that their Digital partner is Netflix, the film is all set to reach 180 Cr soon in 5th Weekend.

The film was originally scheduled for its theatrical release on July 31, 2020, but was delayed because of the lockdown due to the COVID-19 pandemic.

After rescheduling the date many times, it was later scheduled for March 25, 2022, but was also changed and later May 20th, 2022 was finalised as the theatrical release date.

The date was changed to avoid the clash with S.S. Rajamouli’s most-awaited Telugu action-drama RRR, which hit the big screen on March 25, 2022, this was the best decision.

Along with Karthik Aryan, Shershaah fame Kiara Advani and Tabu will be seen in the lead roles in the film. The film will also feature these stars in the supporting roles:

The filming of this horror comedy-drama began on October 9, 2019, and it was wrapped after 11 months during September 2020.

The close to three minute trailer was recently unveiled, as per the trailer the film will follow the same storyline as the 2007 Akshay starrer, Kartik enters the royal mansion as an exorcist, it is a blend of horror and comedy, Tabu seems to play the queen of the mansion, while Kiara is the love interest of Kartik Aryan. The trailer got mixed reviews from the viewers.

This highly-anticipated comedy horror drama is helmed by Singh is King fame Anees Bazmee and written by Farhad Samji, in association with Aakash Kaushik.

It is bankrolled by Bhushan Kumar, along with Murad Khetani and Krishan Kumar under the banners of T-Series and Cine1 Studios. The film has music by one of the popular music composers of Bollywood Pritam while cinematographic work is handled by Manu Anand.