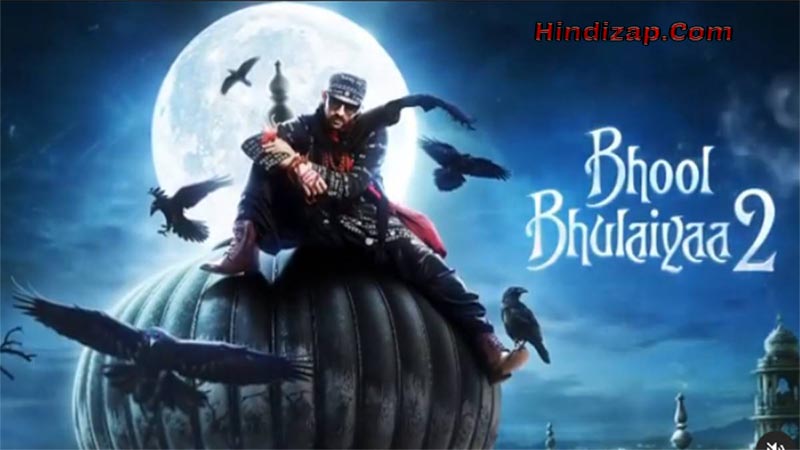 Kartik Aryan starrer Bhool Bhulaiyaa is ready to entertain you with a bag full of comedy and horror. Teaser shows this Hindi comedy Horror Film is all set to blow your mind with equal dose of horror and entertainment and take you to the bumpy ride in theaters.

It is a sequel to Akshay Kumar starrer iconic horror comedy-drama Bhool Bhulaiyaa, which was a remake of the 1993 Malayalam horror film Manichitrathazhu.

It was directed by Priyadarshan and became the 6th highest-grossing movie of 2007 by collecting over Rs. 850 million worldwide.

Akshay Kumar’s character as a Psychiatrist, who was jolly in nature with a great sense of humor, made people laugh. Kartik Aaryan replaces him in this part, Rajpal Yadav and Kartik Aaryan’s pair to add more fun here.

Now the sequel of this movie is ready to hit the big screens. Since Kartik Aaryan will reprise the role of Akshay Kumar, he will have to match the level of Akshay Kumar while showing his acting skills.

Bhool Bhulaiyaa 2 has a very talented star cast. Along with Kartik Aaryan, actresses Kiara Advani and Tabu will be seen playing the female lead roles.

Kiara earlier acted in Sidharth Malhotra starrer Shershaah, which was the biopic of Kargil war hero Captain Vikram Batra. She played the character of Dimple Cheema, girlfriend and fiancee of Captain Batra.

Talking about the very talented Tabu, she will be back in Hindi Cinema after her 2020 Jawaani Jaaneman, where she played opposite Saif Ali Khan.

Recently makers unveiled a series of Motion Posters of the main leads, check out the posters below

This horror comedy-drama is directed by Anees Bazmee, who gave many superhit comedy films in the past, such as Hulchul, No Entry Welcome, Welcome Back, Ready, Pagalpanti, Singh is King, and many more.

It is written by Farhad Samji in association with Aakash Kaushik, while one of the popular music directors of Bollywood Pritam has composed the music.

The film is jointly bankrolled by Bhushan Kumar, Murad Khetani, and Krishan Kumar under the banner of T-Series and Cine1 Studios while the cinematography is done by Manu Anand.

Earlier, the film was slated to be released on July 31, 2020, but as we know, India has been facing back-to-back waves of COVID 19.

As the director of the movie Anees Bazmee clarified it many times that he doesn’t want an OTT release of his film, so even in lockdowns, he never thought to release it through any streaming service.

But now this horror-comedy has got a theatrical release date and it is scheduled to be released on March 25, 2022.