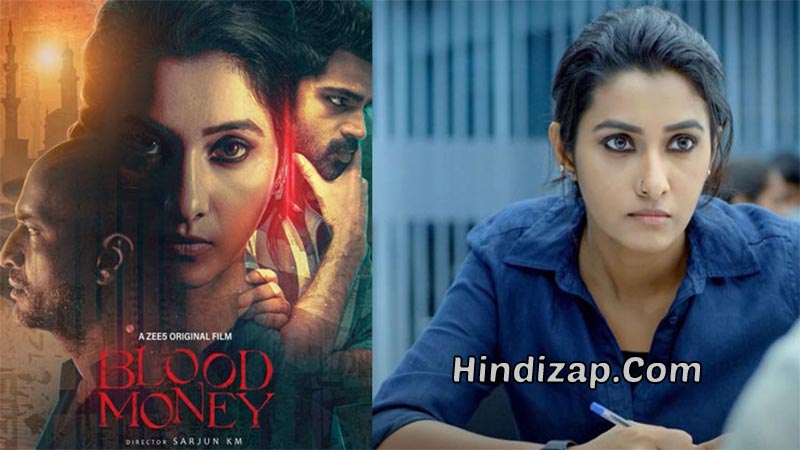 The much-hyped mystery drama thriller Blood Money is all set to release soon on OTT platform. It is an Indian-Tamil language movie.

Let’s have a look at some brief information about this most-awaited suspense thriller.

This most-awaited suspense drama series is scheduled to be released on December 24, 2021. The web series will have a digital release on India’s own digital platform, Zee5.

Journalist-turned-actor Priya Bhaani Shankar is playing the lead role in the web series. With playing the role of a journalist “Rachel”, Priya returns back to her roots.

The actress said that it is like life has come full circle for a person who started as a journalist.

Along with Priya, Kishor and Shirish Saravanan are in the pivotal roles in the film. Shirish is also known as “Metro Shirish” for his excellent acting in debut film “Metro”.

Blood Money is directed by Sarjan KM, who also directed and wrote Tamil Horror Film Airaa. It is produced by Irfan Malik under the banner of Emperor Entertainment.

The film has music by Satish Ragunathan, Cinematography by G. Balamurugan and screenplays and dialogues by Sankar Dass.

It will be interesting to see whether this movie will be able to fulfill the expectations of the audience.

After the release of the teaser of this suspense thriller, the trailer of this series was also released on December 18. It will be available in Tamil and English languages.

The trailer of the series shows the life of two Indians who went to Kuwait for their livelihood and for unknown reason are going to be executed there.

It also highlighted the plight of the people who go abroad in search of employment and how they face difficulties there.

The trailer also shows us how important the role the media played in bringing about the changes in the mindset of our society.

Priya Bhavani Shankar who played the role of a journalist and her efforts to save them from being executed, all these twists and turns will surely entertain you till last.