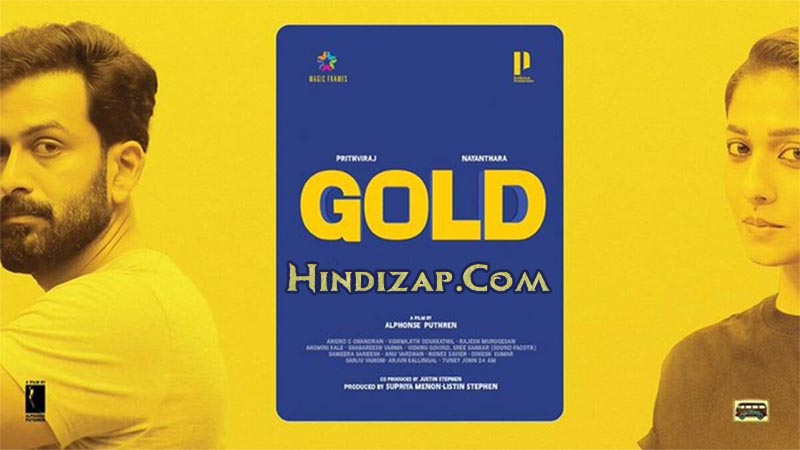 Young and talented Mollywood actor Prithviraj Sukumaran, who never stop to impress his fans with his excellence performance has teamed up for the first time with the Industry’s one of the most celebrated filmmaker-cum-editor-cum writer Alphonse Puthren, best known for his work in acclaimed films like Neram and Premam.

Touted-to-be an action comedy film, Gold brings the two-strong forces of the Mollywood cinema on a single stage. The film marks the return of the filmmaker in direction after six year since the release of coming-of-age romantic film Premam (2015), which starred Nivin Pauly and Sai Pallavi in the lead roles.

National Award winning actor Prithviraj Sukumaran, who is Basking in the success of his recently released Malayalam legal drama film Jana Gana Mana- a critically acclaimed and commercially successful film, is the main protagonist in the film. He is playing the character named “Danger” Joshi S.

Along with writing and directing this action comedy film, Alphonse Puthren has also worked on editing, stunt choreography, visual effects, color grading and animation titles of the film.

The film is bankrolled by Prithiviraj Sukumaran’s wife Suriya Menon under their Prithviraj Productions in association with Listin Stephen’s Magic Frames. Justin Stephen is serving as the co-producer of the film while Naveen P. Thomas is the executive producer. The film’s soundtrack and original score is composed by Rajesh Murugesan while the lyrics are penned by Shabareesh Varma who has also acted, sung the songs in the film.

The makers of the film released its teaser on March 22, 2022. The 2.5 minute long teaser made a record of being the first teaser in Malayalam cinema to gain over 5 million views in just 20 hours of its release.

It starts with a group of youngsters trying to ransack something of importance at night using a jeep and getting into trouble. The very next moment, it shows Prithviraj’s character Joshi S. catching them red-handed and what follows is a long show-motion sequence of him getting near the youngsters and kicking one of them. It also shows a glimpse of Nayanthara as Sumangali Unnikrishnan, sitting on a couch and eating popcorn from a bowl.

Check out the teaser here:

The lead actor thanked his fans as Gold’s teaser made the records by achieving the milestone of 5 million views in just 20 hours of its release. Have a look:

The post-production work of the film is in full swing.

The release date of this most-awaited action comedy film is yet to be announced. We can expect some new updates regarding this in the upcoming days and as soon as any announcements come, we Will update the information.