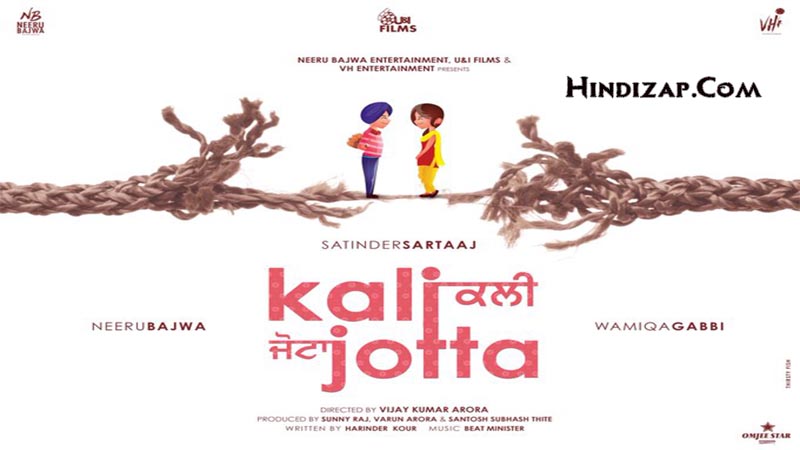 The year 2022 has been a great year for cinephiles as many long-awaited films whether South Indian, Bollywood or Punjabi films, all are geared to deliver their highly anticipated projects of this year.

Kali Jotta is one of those few Punjabi films that are set to be released this year. Touted-to-be a romantic film, Kali Jotta is directed by National Award winning filmmaker Vijay Kumar Arora, who is best known for directing Amit Virk starrer 2018 sports drama film “Harjeeta” (2018) as well as Gurnaam Bhullar and Sonam Bajwa starrer Guddiyan Patole (2019), etc.

The film stars actor-cum-singer Satinder Sartaaj in the male lead role. The actor had previously worked in International historic dream film  The Black Prince, where he played the character of Maharaja Duleep Singh and in 2020 Punjabi film Ikko Mikke.

Punjabi film industry’s one of the most celebrated actresses Neeru Bajwa is playing the female lead in the film. Bajwa was last seen in the 2021 comedy film Shava Ni Girdhari Lal, alongside popular actors of the Industry Gippy Grewal and Himanshi Khurana.

Actress Wamiqa Gabi of “Tu Mera 22 Main Tera 22” fame is also one of the lead stars of the film. She has appeared in Amazon Prime Video’s recently-released romantic anthology series Modern Love: Mumbai.

On the technical front, Lalit Sahoo is serving as the director of photography while Bharat S. Rawat is handling the editing work and VFX is handled by Shudhanshu Jaiswal. Beat  Minister has composed the music and Raju Singh has given the background score of the film while the film’s lead Sartaaj has penned the lyrics.

Other than these people, Line Production is done by Vicky Makhu, Production designing is handled by Ankita Dhar and Amit Sharma.

The romantic drama film that was earlier scheduled to be released on March 25, 2022, has got a new release date. The makers of Kali Jotta announced the new release date for their film.

Now the summer release for the film has been confirmed and it is finalized that the film will have a theatrical release worldwide on June 17, 2022. It will be distributed by Omjee Star Studios worldwide.

The news was shared by the star cast of the film on their social media handles along with a new poster of the movie featuring the leading couple- Satinder Sartaaj and Neeru Bajwa, and the latter can be seen holding the male lead’s arm and leaning on him a little. Have a look:

The shoot of the film commenced on February 24, 2021. Actress Neeru Bajwa shared the news on social media: