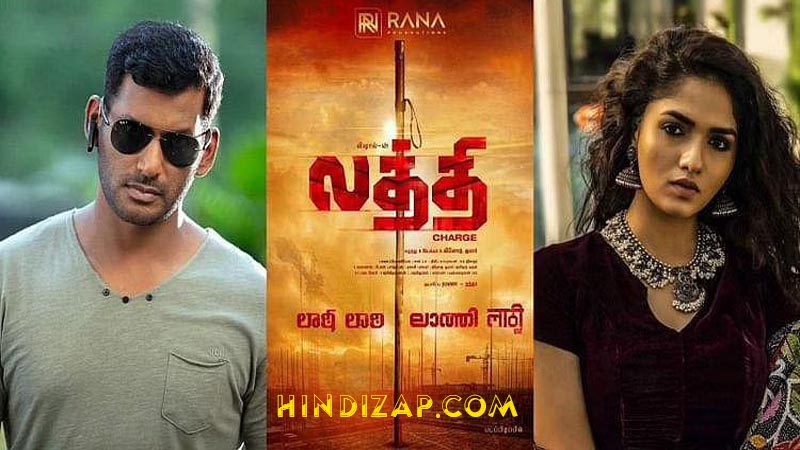 Laththi is an upcoming Tamil cop drama movie which is written as well as directed by A. Vinoth Kumar, who is making his debut as a director with this movie.

Starring actor Vishal, The Pan India film is bankrolled by Ramana and Nandaa under the banner of their Rana  Productions. The script for Laththi is provided by writer Pon Parthiban.

Balasubramaniem is handling the cinematography. Meanwhile music composer Yuvan Shankar Raja has replaced Sam CS in the movie. The male lead actor Vishal  also welcomed him onboard through his social media post.

The lead actor Vishal, called Puratchi Thalapathy by his fans, will be playing a Police Officer in the film. His recent release was Thu Pa Saravanan directorial action thriller Veeramae Vaagai Soodum, released on Feb 4 this year in theaters.

While shooting the climax scene of the film in Hyderabad, Vishal got injured and suffered multiple fractures on his hands and fingers.

He resumed shooting in March after a relaxing trip to Kerala, where he went to take Ayurvedic treatment for the injuries he sustained during the shoot.

Actress Sunaina will be playing the leading lady in the film. She was last seen in Hasith Goli’s commercially successful crime comedy film Raja  Raja Chora. Veteran Tollywood actor Prabhu will also be seen in the pivotal roles.

The first look of this cop thriller drama film Laththi will unveiled on April 6, 2022 at 5 pm.

The film is still under production but official date has been revealed. The Pan India film is releasing in theatres this year’s Independence occasion and along with Tamil, it will also be released in Telugu, Tamil, Malayalam and Hindi. Save the date ’12th Aug 2022′.