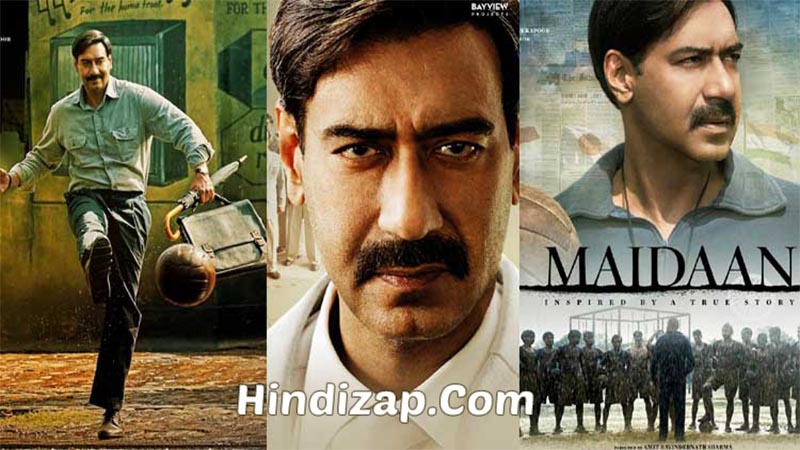 Maidaan: a glimpse of Indian Football of the “golden age”,  Ajay Devgn starrer, ‘Maidaan’ is an upcoming biopic, based on the life of a football coach, Syed Abdul Rahim, in the year 1952-62 of the golden era.

The National Award winner Keerthi Suresh was the first choice to play lead female opposite Ajay Devgn but makers felt that she is looking young to play a motherly role in the film, another South Indian actress Priyamani grabbed the role.

The movie was scheduled to release on October 15, 2021, worldwide but changed again and now Ajay Devgn shares posters with a new release date. This much-awaited sports drama is to release in multi-languages.

WHO IS SYED ABDUL RAHIM?

Syed Abdul Rahim was born in the year 1909 in Hyderabad, also known as Rahim Saab. From the year 1950 till his death in 1963, he was an Indian Football coach and manager of the Indian national team. He was a teacher by profession and his time as a football coach of India is considered to be the “golden age” as under his guidance, the Indian team was able to reach the semi-finals of the Melbourne Olympic Football tournament in 1956 and India became the first-ever Asian country to reach this milestone.

Rahim also coached the Hyderabad city police from 1943-63 and later in the year 1951, India won its Asian Games gold medal. It was only in 1962 Asian Games in Jakarta that he had his last and final success, where India won a gold medal beating South Korea.

Football is in the top 3 list of most popular sports in India, after cricket and kabaddi. Indian Super League is India’s won domestic football league, with 11 teams. It started in the year 2014 and it was the second national football league after the third season, parallel with the I-League. This makes India with two recognized Football League.