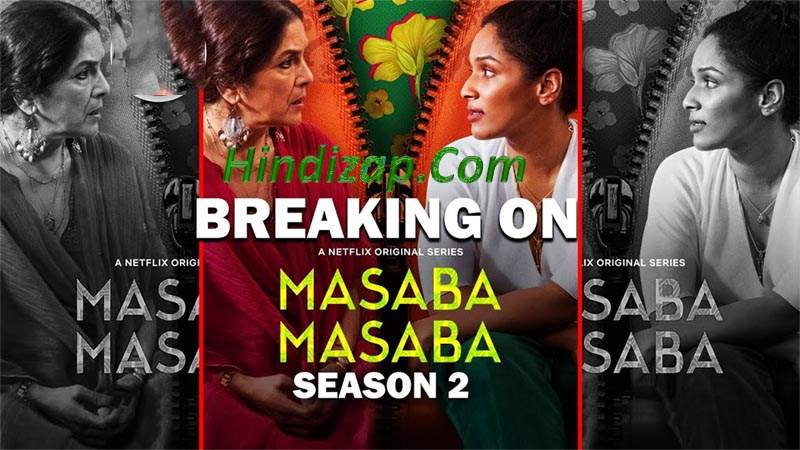 Masaba Masaba’s first season was loved by the OTT audiences, so its second season is one of the most-awaited Hindi language original series with others like Decoupled Season 2, Jamatara 2, Yeh Kaali Kaali Ankhein 2.

There are several factors that Masaba Masaba got famous amongst the youth audiences, one is really famous person’s story with several turns and twists. Who doesn’t know the famous Indian fashion designer Masaba Gupta, the daughter of the greatest cricketer  Vivian Richards and actress Neena Gupta?

Life mother and veteran Bollywood actress Neena Gupta, Masaba’s life is also full of ups and downs. Masaba is getting more popular after the love and admiration of her Hindi biographical drama web series ‘Masaba Masaba’. Now the audiences are eagerly waiting for Masaba Masaba Season 2.

We heard a lot of things about Neena Gupta and her daughter Masaba Gupta’s personal and professional lives, the series is all about the fictionalization version of this.

The first season was launched in Aug 2020 with six episodes, so much humor, witty and emotional scenes made this series instant hit, everyone wished to have the second season soon, which is expected to release in mid-2022.

As the veteran actress came into the limelight during the 90s’ for her high-profile international affair with West Indies Cricketer Vivian Richards who was already married in his country, Neena got pregnant and faced so much criticism at that time.

The story is more about Masaba Gupta, who becomes so popular fashion designer in India, how she manages her personal and professional life.

The bold and talented mother-daughter duo Neena Gupta- Masaba Gupta played themselves, this is the most interesting part of this series.

Actress Kiara Advani, famous choreographer-director Farah Khan, actor Gajraj Rao, and some others played cameos in the first season, more names can be added in season 2 as Masaba and her mother are famous film personalities.

This real-life-based series was written by Sonam Nair, Nandini Gupta, Anupama Ramachandran, directed by Sonam Nair herself, and produced by Ashvini Yardi under Viniyard Films.