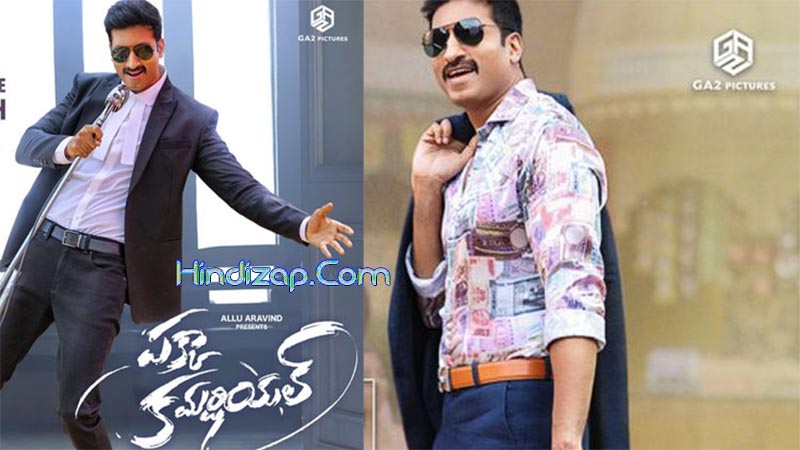 Pakka Commercial is directed as well as written by Maruthi, it will mark his 10th directorial film. The action-comedy went on floors in March 2021, and was slated to hit the theatres in Oct 2021. But due to the delayed shooting schedule owing to the covid-19 pandemic.

In the anticipation of the film’s release, makers had launched the teaser of Pakka Commercial in Nov 2021, which have made quite a buzz amongst movie lover, the teaser amassed a lot of eyeballs of movie lovers, on youtube it has been viewed over 82 lakhs times with 2.2 lakhs likes (as of Feb 9).

Thereby Raashi Khanna will be seen in the lead actress role opposite Gopichand, her character is Lawyer Jhansi. The film will mark the second collab of Raash with the director after Prati Roju Pandage and the third collab with the actor Gopichand.

The trailer is expected to be dropped in by the first week of April 2022.

Pakka Commercial is financed by Bunny Vas under the banner UV Creations and GA2 Pictures. On the technical front Karm Chawla, S.B. Uddhav, and it has the music given by Jakes Bejoy.

While Gopichand will stay with his one movie a year list, the actress Raashi Khanna is expected to be marking her come back to Hindi cinema after 8 long yrs gap with Karan Johar’s Yoddha, she will be starring alongside Siddharth Malhotra, the film is touted to be an action thriller.

Other than these two films the actress has four more films slated to hit the theatres this year, Thank You, Sardar, Thiruchitrambalam, and Methavi. She will reportedly be seen in a Tamil film Shaitaan Ka Bachcha next year starring alongside Siddharth.