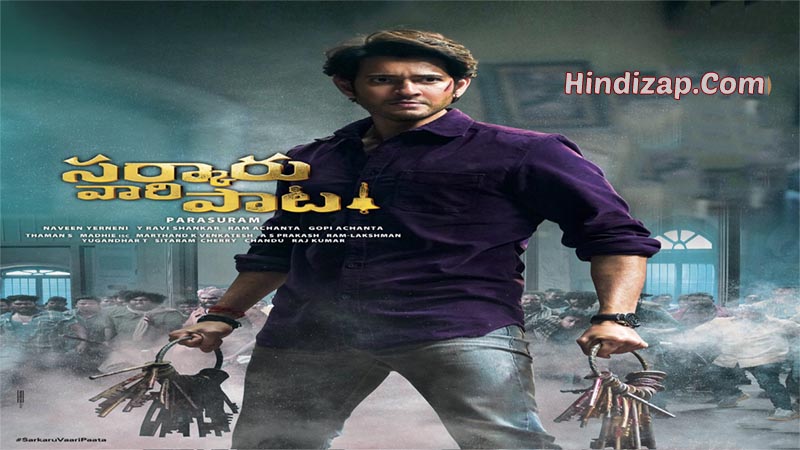 Sarkaru Vaari Paata is an upcoming Telugu film. It is a mixture of comedy, action, and drama. Mahesh Babu starrer this comedy-drama is all set to entertain the Audience this year.

Mahesh Babu was seen in Anil Ravipudi’s “Sarileru Neekevvaru”, where he played the role of Major Ajay, who was sent to Kurnool for a covert mission. This movie was released in 2020.

Mahesh Babu is an admirable actor not only in South India but also in North India. People love to watch his movies and are fond of his looks as well.

Sarkaru Vaari Paata is the most-awaited movie for his fans, after a period of more than one year they will get a chance to see Mahesh Babu on the big screen.

Let’s have a look at the points we have come up with regarding the movie.

Mahesh Babu’s Sarkaru Vaaru Paata was earlier scheduled to be released in Makar Sankranti on January 13, 2022, but now is out of the Sankranti race as several postponements happened due to the COVID-19 3rd wave.

As the filmmakers start booking slots for their long-pending movies, Mahesh Babu’s Sarkaru Vaari Paata is scheduled to be released on the 12th of May 2022. This is going to be a big treat for the fans of Mahesh Babu who were eagerly waiting for the announcement of its release.

Digital streaming rights of this movie are not been officially announced yet. It will come to know in the upcoming days, whether this film is going to have an OTT release or not.

Apart from Mahesh Babu, Keerthy Suresh will be seen in the movie in the female lead role.

Keerthy Suresh was seen in Venky Atluri’s Rang de, which was released this year and got a mixed response from the audience as well as critics.

Along with Mahesh Babu and Keerthy Suresh, Vennela Kishor and Subbaraju will be seen in pivotal roles.

The film has been produced under the banner of male lead Mahesh Babu’s own production house G. Mahesh Babu Entertainment in association with Mythri Movie Makers, 14 Reels Plus.

If we talk about the technical work, Cinematography is performed by R. Madhi, editing is done by Marthand K. Venkatesh.

The music of this romantic drama is composed by S. Thaman. He collaborated with Mahesh Babu for the fourth time and with director Parasuram for the third time.

While Mahesh Babu is busy in the promotion of his upcoming film Sarkaru Vaari Paata, a new big project is also in the making with director Trivikram Srinivas.

The film tentatively titled SSMB 28, is an action entertainer and Mahesh Babu’s second collaboration with director Trivikram after Khaleja, which was released in 2010.

Pooja Hegde is said to be the lead lady in the film opposite Mahesh Babu.

Apart from this, Mahesh Babu will be joining hands with Bahubali fame director S.S. Rajamouli. He told the media that it is going to be a massive project.

We can expect an official announcement of this untitled film in the upcoming months.