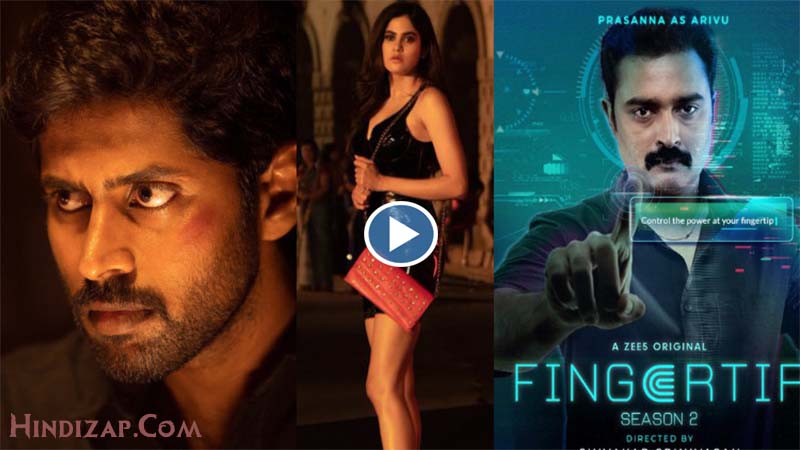 She 2, Suzhal, to Fingertip 2: Most Awaited Web Series Release this Week: Since the last 3-4 years we have been witnessing an immense craze of web-shows in India and the pandemic came as an opportunity for the OTT platforms to make their grip stronger in the Indian entertainment market.

During the pandemic when everyone was locked inside their houses, OTT was the only way to be entertained. today even when cinemas have been opened in the country, the popularity of web-shows hasn’t become any less, in fact, it is growing day by day and People prefer watching web-shows rather than movies.

She 2, Suzhal, to Fingertip 2: Most Awaited Web Series Release this Week

There are many web-shows that have been released and are going to be released in the upcoming days. So today we come with the list of five most-awaited web-series that are set to premiere this week. Check out the list here:

Netflix’s 2020 crime thriller series She is set to return on the platform with its existing second season on Friday, June 17, 2022. The series follows Bhumika, played by Aditi Pohankar, a timid Mumbai Police constable, who goes on a mission to expose and target dark mysteries of underworld and has to work as a prostitute to do so.

The story of this season is written by ace Bollywood filmmaker Imtiaz Ali along with Divya Johry. It is jointly directed by Arif Ali and Avinash Das and is backed by Imtiaz Ali’s Window Seat Films.

The title of the series was announced in April 2022 by Amazon Prime Video at its first ever Amazon Prime Present India event in Mumbai along with 40 other titles. Touted-to-be an investigation thriller, Suzhal: The Vortex is written and created by filmmaker duo Pushkar and Gayathri.

The Tamil series features Kathir, Aishwarya Rajesh in the lead roles with R. Parthiban and Shriya Reddy in pivotal roles. Suzhal is set to premiere on Amazon Prime Video on June 17, 2022.

Tamil action thriller web-series that premiered its debut season in August 2019 is set to return with its second season on June 17 on leading Indian OTT platform Zee5. Directed by Shivakar Srinivasan, it starred Prasanna, Aparana Balamurali, Vinod Kishan in the lead roles. It is backed by Vishnu Vardhan and Anu Vardhan under the banner of Vishnu Vardhan Films.

Recce is Zee5’s original web-series which stars Ester Noronha, Dhanya Balakrishna and Siva Balaji in crucial roles. It is directed by Poluru Krishna and produced by Sri Ram Kolisetti while Sriram Madduri has composed its music. It will premiere on June 17 on the platform.

Directed by Mihir Desai and written by Satyam Tripathy, Masoom is a drama series that stars Boman Irani, Samara Tijori, Manjair Fadnis,  and Veer Rajwant Singh in important roles. The series is bankrolled by Reliance Entertainment in association with Namit Shram. It is set to premiere on June 17 on Disney+Hotstar.