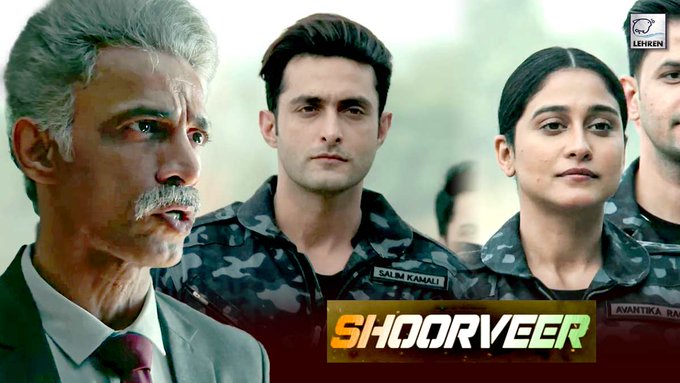 Produced by Juggernaut Productions known for backing romantic drama series The Married Woman and thriller movie Raat Baaki Hai, the series will bring to you The Elite Task Force-the best of the best across the

This Hotstar special series was announced through a 24-second long teaser which shows intense action sequences and army operations. At the end of the trailer we can hear a voiceover saying some powerful words like “Sarvashreshth, Sarvatra, Sarvada ” (The Best, Everywhere, Everlasting).

Shoorveer is going to narrate the covert operations, rigorous military training, air combat and intelligence deception and most importantly human interactions between our elite soldiers. It will show the brightest and strongest officers from all Armed forces- Army, Navy and Air Force, coming together to protect our country from a looming threat.

Check out the official teaser of the series below:

Directed by Kanishk Varma and created by Samar Khan, the fictional military drama series will be available exclusively on Disney+Hotstar in multiple Indian languages including Hindi, Marathi, Tamil, Telugu, Malayalam, Kannada and Bengali soon. The official premiere date of the series is yet to be announced by its makers and Disney+Hotstar.