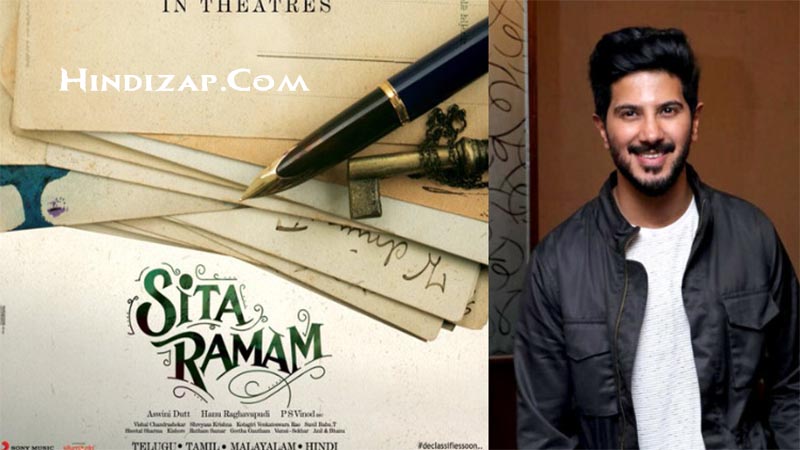 Mollywood star Dulquer Salman’s second Telugu film Sita Ramam will soon be released on the big screens, it took 2 yrs to conclude the shooting of the film, and the filming wrapped up in April 2022.

Reportedly the film is currently in its post-production phase, it is directed by Hanu Raghavapudi and produced by Ashwini Dutt and Priyanka Dutt under the banner Swapna Cinema.

Sita Ramam marks Hanu’s fourth project, his debut film was Adala Rakshashi in the year 2012. Along with Dulquer Salman the film features Mrunal Thakur roped in as a lead actress opposite Dulquer, she will be marking her south Indian debut with this film. Rashmika Mandanna will also be seen in a pivotal role.

Makers recently with a motion poster unveiled the release date of the film, it is set to hit the theatres on 5 Aug 2022, in the four Indian languages Telugu along with dubbed versions Malayalam, Hindi, and Tamil. It also marks the first pan India project for the actor.

The title song of the film was launched on May 9th, the lyrical video of the song ‘Oh Sita Hey Rama’ gives you a feel-good vibe, viewers are loving the track.

It is directed by Hanu Raghavapudi is in the director’s seat, Vyjayanthi Movies are the presenter, backed by Swapna Cinema. On the technical department Sita Ramam is Vishal Chandrasekhar musical, Kotagiri Venkateswara Rao edited the film and the camera cranked by PS Vinod and Shreyaas Krishna.

The 60’s era will be brought alive with the help of porduction designer Sunil Babu, dialogues written by the director Hanu with Jay Krishna
and Raj Kumar Kandamudi.

The trailer of the film will most likely will be arrive June(last week) till then stay tuned on the page as we will keep you up to date on the update regarding the film.