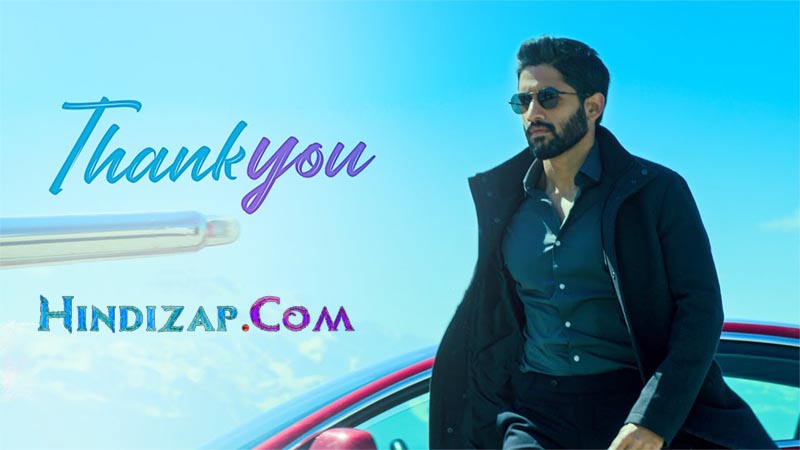 Thank You is an upcoming Telugu romantic film which is directed by Vikram K. Kumar, who is best known for his work in several acclaimed movies like fantasy drama film Manam (2014), Sci-fi film 24 (2016) and comedy-thriller Gang Leader (2019).

Kumar has also written the screenplay of Thank You with the story of the film written by B.V.S. Ravi. The film is bankrolled by National award-winning director Dil Raju under his Sri Venkateswara Creations. P.C. Sreeram has been taking of cinematographic work and S. Thaman has composed the music and soundtrack of the film.

The romantic comedy drama stars Naga Chaitanya in the male lead role. The actor’s recent release was action drama film Bangarraju in which he starred along with his father mega-star Nagarjuna Akkineni, Ramya Krishna and Kriti Shetty. The film was released in Sankranthi this year and became a box-office success.

The actor has many big projects in pipeline for this year. He is all set to make his Bollywood debut with Mr. Perfectionist Aamir Khan’s long-awaited Laal Singh Chaddha, which is all set to be released on August 11, 2022. In addition to that, the actor is all geared up for his OTT debut with Amazon Prime Video’s Telugu series Dhootha, which was announced by the streamer last month, along with over 40 other projects.

Actress Raashii Khanna of World Famous Lover fame is playing the female lead opposite Naga Chaitanya. The actress also has a handful of projects for 2022-23 including Pakka Commercial, Thiruchitrambalam, Sardar, Medhavi and  Shaitan Ka Bachcha etc. She will also featured in Hindi action thriller Yodha along side Sidharth Malhotra and Disha Patani.

Makers dropped the teaser on May 25th, the trailer gives the earlier outing of Che Akkineni’s Love Story but with enhancing quality, it is well received by the viewers. The dialogues, music, and wonderful production design of the film are being appreciated by the viewers.

Today, on May 14, 2022, the makers of the romantic drama film have made the announcement regarding its release date. The film is all set for is summer release as July 8, 2022 has been confirmed as its official theatre- release date.

The lead actor of the film Naga Chaitanya has also took to twitter to announce the release date with a poster featuring the actor in winter clothes, all smiling. Have a look:

The film was announced in August 2020 and was formally launched with a Pooja Ceremony in the month of October 2020. The shooting of the film started on December 21, the same year.

On November 23, 2021, on the occasion of Naga Chaitanya’s 35th birthday, the makers of the film also dropped short first glimpse video. The 30-second video clip shows Naga Chaitanya in formal attires, elated, as he enjoys a ride on a merry-go-round horse.