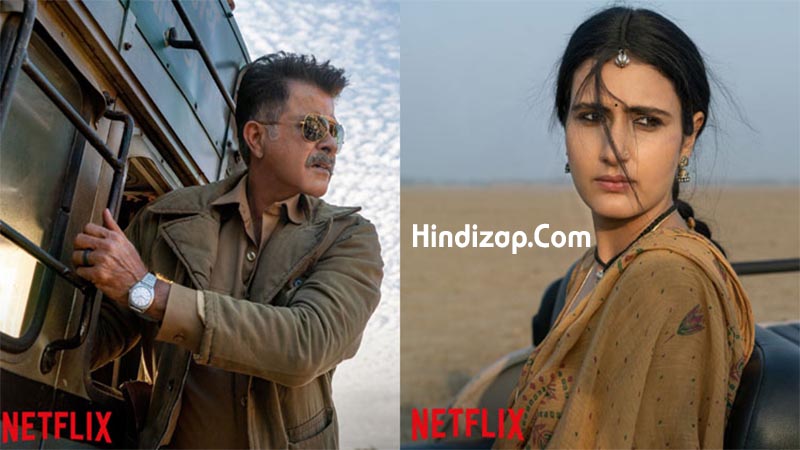 The father-son duo of B-Town, Anil Kapoor, and Harshvardhan Kapoor is returning for the second time on the digital screens with an exciting Netflix original film Thar.

The duo had earlier seen sharing the screen together with Netflix’s one of the original black comedy thrillers AK Vs AK in 2020. Though Harsh had a brief role in the thriller, he will be playing the full-fledged role in Thar.

Thar is a revenge thriller set in 80’s Rajasthan, the film revolves around the main lead Harsh who is playing the character Siddharth. A young boy who comes to the Pushkar city of Rajasthan for fetching a job later he set about to avenge his past.

Netflix on Monday (Feb 11) unveiled a series of first look posters of Thar which made much anticipation among the star duo’s fandom. Thar is slated to be premiered on the platform in Mid-2022 or Summer 2022.

Director Raaj Singh Chaudhary is directing this western noir thriller, it marks his second directorial venture after the 2021 musical drama Kirti Kulhari starrer Shaadisthan which was premiered directly on the digital platform Disney+Hotstar on 11 June 2021.

However, Talking about Thar, it is made under Anil’s production house Anil Kapoor Film Company or AKFC, director Chaudhary also wrote the story of the film.

Talking about the main lead Harsh he started his acting journey through the 2016 Rakeysh Omprakash Mehra directorial epic romantic fantasy film Mirzya, which was a disaster at the BO. He then appeared in the vigilante action film Bhavesh Joshi Superhero in 2018 which was also considered a flop at the box office.

The actor was last seen in a critically acclaimed anthology web series Ray. He was featured in the episode Spotlight in which he did the critically praised role of a character called Vikram Arora.

On the other, Anil Kapoor was last seen doing the role himself in AK Vs AK in 2020. The veteran actor has an array of projects for the upcoming years like Jug Jugg Jeeyo, Fighter starring Hrithik Roshan, Ranbir Kapoor starrer Animal, hit franchise Welcome’s third installment, Salman Khan starrer No Entry Mein Entry, and Race 4.