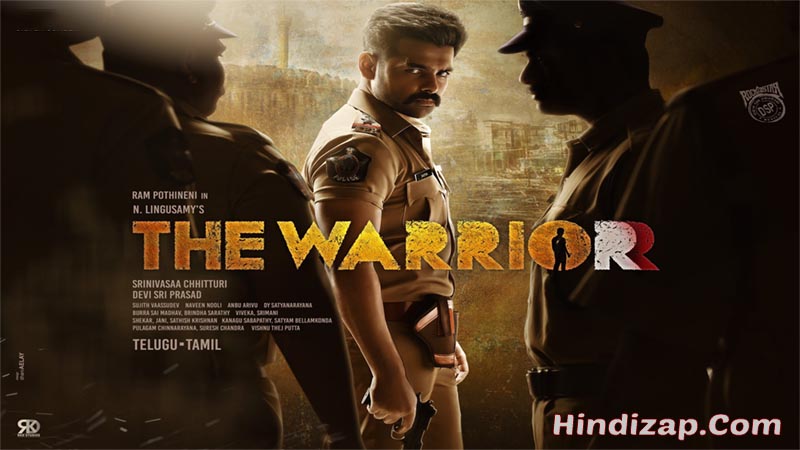 Telugu star actor Ram Pothineni had made much hype through the first look of his upcoming film which was earlier tentatively called RAPO19. Now, the film has been titled as The Warrior.

It is a bilingual film, shot in both Languages Tamil and Telugu and according to the director, they have almost reached the final stage of the production. Filming took place mostly in Hyderbad barring some scenes and songs, which were shot in Chennai.

The Warriorr or Ram Pothineni’s love interest Whistle Mahalakshmi or Krithi Shetty’s first look poster is also out, recently makers announced that the film would hit the theatres on 14 July 2022.

STAR CAST OF THE WARRIOR

The Warrior will be an action thriller directed by N. Lingusamy, wherein Ram will be appearing in a never-seen role of a police officer.  Other actors Krithi Shetty and Akshara Gowda will be playing the lead actress role in the movie. Krithi made her Tollywood debut with the 2021 blockbuster Uppena.

With The Warrior she will be marking her Kollywood debut, she is playing the Radio Jockey in the film. Meanwhile, Aadhi Pinisetty is essaying an antagonist character, he has earlier worked in successful films like Sarrainodu, Eeram, etc. Jayaprakash will be seen in the doctor’s role.

The Bullet lyrical video song of the film out in both languages Hindi and Tamil, scroll down to watch both the videos

BEHIND THE SCENES (BTS) OF THE WARRIOR

The Warrior is directed by Lingusamy and backed by Srinivasa Chitturi. The director of Photography or Cinematographer is Sujith Vaassudev and the music in the film is given by Devi Sri Prasad. Presented by Pavan Kumar.

Talking about the main lead Ram Pothineni The warrior will mark his second bilingual film after 2012 Endukante…Premanta! which is titled Yen Endral Kadhal Endben! in Tamil. He was recently seen in Anil Paduri’s directorial Romantic.

On the other, Krithi Shetty will be marking her first Kollywood film with this venture, her film Shyam Shinga Roy is already grossed big at the box office. Her other film, recently released Bangarraju is also grossing big at BO. He will next be seen in Tollywood films like AA Ammayi Gurinchi Meeku Cheppali and Macherla Niyojakavargam.