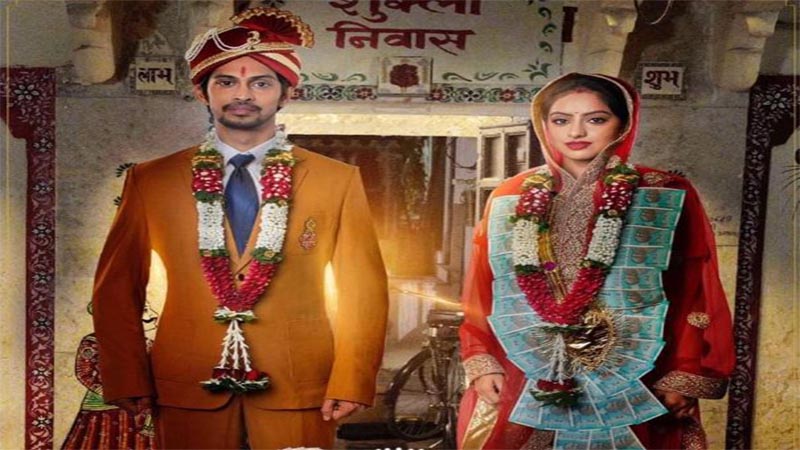 Directed and produced by Rohit Raj Goyal, Titu Ambani is an upcoming Hindi romantic comedy drama film set to release July 8, 2022. Goyal is the recipient of ITA Award for Best Director – Drama for his direction in Diya Aur Baati Hum, that starred on Star Plus from August 29, 2011 to September 10, 2016.

The dialogues of the film are penned by Abhishek Manoharchanda and it is jointly bankrolled by Mahendra Vijaydan Detha and Dinesh Kumar under the banner of Sabal Productions while Akash Jaiswal is serving as the art director.

On the technical front, the film has Sushil Vishwakarma as cinematographer, Sanjay Shama as editor and Prabhat Thakur as production designer. Film’s music and background score are composed by the composer duo Bharat Menaria and Hitarth Bhatt, popularly known as Bharat-Hitarth. The film marks the comeback of lyricist Mayur Puri after four years.

The makers of this comedy entertainer have also revealed its release date and now it is confirmed that the film will be released theatrically on July 8, 2022. So save the date and watch the movie in your nearby cinema halls.

The film features actor Tushar Pandey in the titular role. The actor is best known for portraying the character named “Mummy” in Sushant Singh Rajput starrer 2019 coming-of-age film Chhichhore. Apart from that, he also appeared in supporting roles in Phantom, Pink, Hum Chaar and web-series Aashram.

It stars TV’s popular actress and the wife of this film’s director Rohit Raj Goyal, Deepika Singh, best known for playing the role of Sandhya Rathi in Diya Aur Baati Hum, in the female lead role opposite Tushar. Titu Ambani marks the debut of both Deepika and her husband Rohit in Bollywood as an actor and a director, respectively.

Today, on June 14, the makers of the film have released its official trailer. The nearly 2.5 minute long trailer introduced Deepika Singh as Mosmi, a middle-class independent girl, who does a government job and lives life on her own terms. She is the only child of her parents and also helped them financially.

On the other side, Tushar sharma is playing a character named Titu, whose aspirations and dreams are from his action, and finds the shortest ways to achieve the goals. The film’s title refers to him as despite a debt- ridden life, he is no less a dreamer than Ambani.

In the film, Both played lovers who want to marry each other and ended up doing that, but the problem doesn’t end here as Titu’s decisions endangered their married life. The film is a simple love story of a middle-class family that conveys some serious messages in an entertaining way.