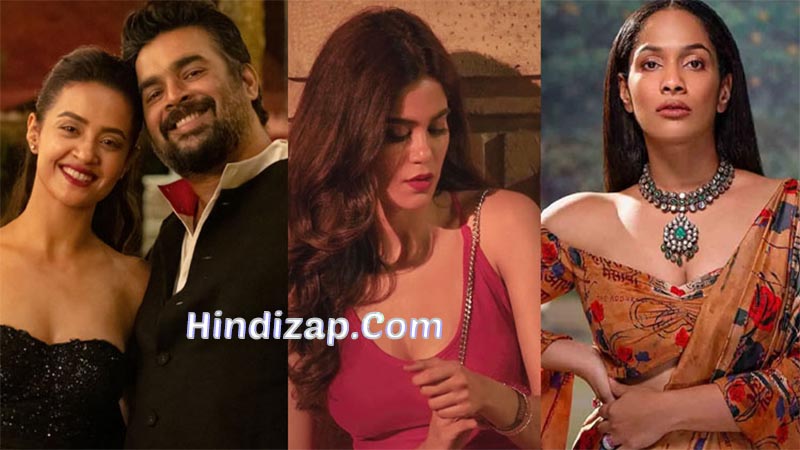 The leading streaming platform Netflix is all geared up to make your 2022 exciting as it has renewed many Hindi web series for the upcoming times. We are sharing with you the desi content series that Netflix has piled for you in their store.

If you are one of those mad content lovers who love to watch a show in a one go, you probably would know that Netflix has given many binge-watching shows like Sacred Games (Season 1&2), Delhi Crime, Jamtara, Mismatched, Masaba Masaba, and internationally Money Heist, Peaky Blinders, Vikings, Bridgerton, Squid Game, etc.

The leading streaming platform has many forthcoming desi original series stacked in their store to make your 2022 more exciting, also some of their hit series returning for the new seasons as well like She 2, Yeh Kaali Kaali Ankhein 2, Jamatara 2, Masaba Masaba 2, etc.

Here we have compiled for you the list of Netflix’s upcoming Hindi Web Series/Shows that are slated to premiere on the digital platform in the year 2022-23.

On the occasion of International Women’s Day, Netflix announces a new project called Qala, Tripti Dimri, and Swastika Mukherjee starrer this web series is about relationships.

Alia Bhatt joins Hollywood, ropes with Superwoman Gal Gadot in Netflix’s next Heart of Stone, this might be available in English and other Indian languages.

Netflix India’s anticipating crime-drama Web Series Delhi Crime is returning for its season 2, It was released in March 2019 on the platform and following the success of the show a few months later in Aug it announced the renewal of the show. Main Lead Shefali Shah, Rasika Dugal, Rajesh Tailang, and Adil Hussain will be recurring for the new season.

Yeh Kali Kali Ankhein was released on Jan 14 on the platform and in a little time, the film has garnered a mass fan following, The IMDb rating of the show is 7.1 out of 10. Though Netflix hasn’t announced its renewal yet, the show was ended in a cliffhanger.

Thereby season 2 could come as it is also well received by the audience. Recently the main lead Tahir during an interview told that he was hoping for the next season. So we can expect that in a few months the platform will announce the renewal of the show.

Jamtara Sabka Number Ayega revolved around small-town young friends who are involved in phishing racket, it was loosely based on the scammers of Jamtara, Jharkhand who embezzle many funds of the bank accounts from people across the country.

Netflix in March 2021 announced the renewal for the show, Therefor along with the returning of the many successful web series, Jamtara season2 is also one of them.

The Biographical Drama series Masaba Masaba starring Neena Gupta and Masaba Gupta was released in Aug 2020 and the show got success in the span of a few months, since then this long-pending anticipated show is waiting to return for its season 2. Masaba Masaba season 2 went on floors in July 2021, So, we expect it will be premiered on Q2(April-June) of  2022 on Netflix.

Although Netflix hasn’t announced the renewal of the show yet, the show has left a lot of clues that make us put the show on the list of  Netflix’s upcoming series. Decoupled was ended with a cliffhanger, interviews of Casts and crews suggest it, and the foremost reason is the first season of the show has become successful.

It has an IMDb rating of 8.1/10. So, Netflix has no choice left but to come with the upcoming season. We expect the digital platform will soon announce the renewal.

Aditi Pohankar starrer crime drama web series She was premiered on the digital platform in March 2020 and after a year Netflix announced the renewal for its second season. We expect that it will be streamed on Netflix in Q1 of 2022.

In March 2021, Bollywood actress Sonakshi Sinha shared her digital debut show’s first look poster through her social media platforms. The filming was supposed to commence by April 2021 but it couldn’t have been possible in the wake of the second wave in India at that time.

Now according to some media reports the film has been shelved by the makers owing to no hype amongst the audience for the project. We expect that makers will resume the project soon.

In Nov 2021, Netflix unveiled through a promo video that the filming for the new season of Fabulous Lives of Bollywood Wives had gone on floors.  Though season 1 got mixed responses but was still a hit if talk about view counts. IMDb Rating 4.6/10.