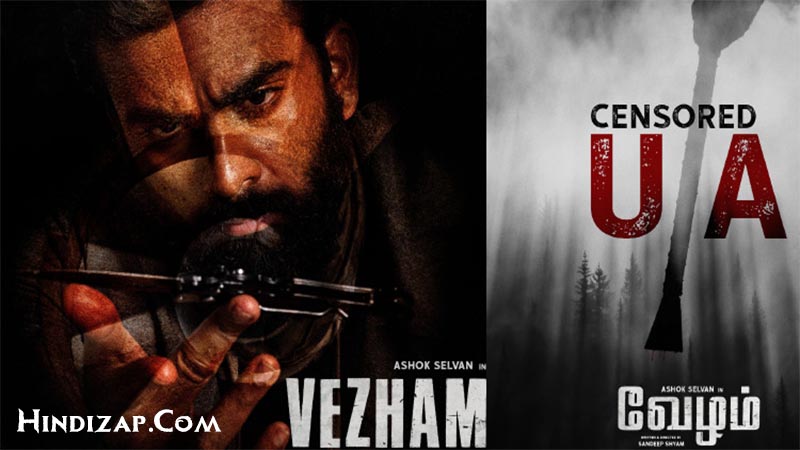 Vezham is an upcoming Tamil action thriller film which is written and directed by Sandeep Shyam, who is making his directorial debut with this film and has a great directorial experience of over 10 years as an assistant director as well as producing and directing various ads and short films.

It is bankrolled by Keseven who is making his maiden production under the banner of K4 Kreations. E. Saravanan is serving as the executive producer and R. Udhaybharath is the line producer. On the technical front, Shakthi Arvind is cranking the camera and editing is done by A.K. Prasath. The film has music and background score by R. Thanu Chanthar.

Young and talented Tollywood star Ashok Selvan, who won critical acclaim for his performance in “Pizza II: Villa” and “Thegidi” is playing the lead role in this action thriller.

Vezham will showcase the actor’s different side from his previous performances in Manmatha Leelai and Hostel. The actor made his cameo appearance in recently- released Telugu romantic comedy Ashoka Vanamlo Arjuna Kalyanam.

The movie features actresses Aishwarya Menon and Janani Iyer in the female lead roles. The film marks the second collaboration between Selvan and Janani after the success of the critically acclaimed mystery thriller film Thegidi.

The makers of the film have announced its official release date on Thursday, May 26, 2022. It is now confirmed that the film will hit big screens on June 24, 2022 and it will be distributed by SP Cinemas worldwide. Vezham has also been censored with a U/A certificate.

The film’s male lead also shared the release date of the film. Have a look:

The first look of the film was revealed on May 7, 2022 that features Ashok Selvan bearded and dangerous look, balancing a foldable knife.

Superstar Arya also shared the first look on his social media handle and gave his best wishes to the team.