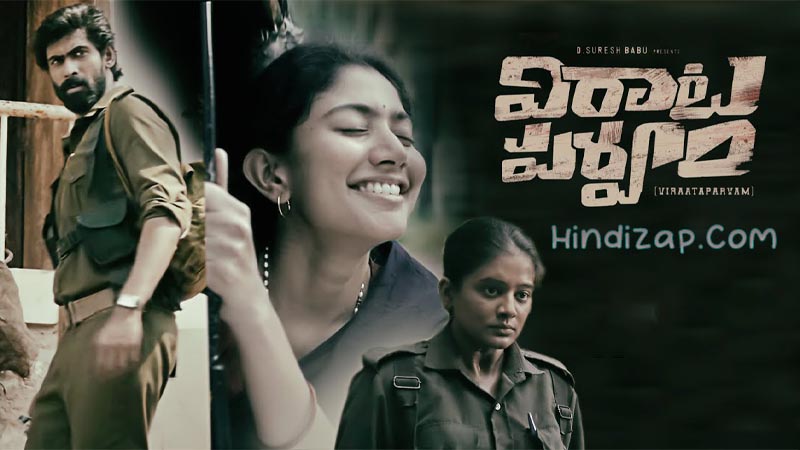 Baahubali franchise fame Rana Dagubbati will soon be seen in a captivating Tollywood period drama Virata Parvam. The film is based on a love story set in the 1990s and explores the Naxalite upsurging in Telangana state at that time.

Virata Parvam OTT Release Date Changed, Star Cast, Posters,Teaser, Trailer Along with Rana, known south actress Sai Pallavi and The Family Man Fame Priyamani will also be seen in the film, it is helmed and written by Venu Udugula and bankrolled by Rana’s father D Suresh Babu with Sudhakar Cherukuri under the banner Sri Lakshmi Venkateshwara Cinemas and Suresh Productions.

This long-awaited film earlier was scheduled to hit the theatres on April 2021 but got postponed many times owing to a surge in the covid cases in the country at that time, meanwhile, there were many rumors regarding opting for the digital route of the film, one report claimed that an OTT platform even was ready to give the makers 40 crores.

However, the makers refuted all the claims and said that Virata Parvam is meant for the theatres and will release only there, now the makers have arrived with the new release date of the film, Rana starrer was to hit the theatres on 1 July 2022 worldwide but preponed now, save the date ’17 June 2022′.

Rana also took to Twitter to announce the release date, he wrote, ” The Wait Was Long, But We Promise You A Classic” along with the announcing the release date, the makers also shared a new poster of the film featuring Rana and Sai Pallavi, the striking poster features Rana and Pallavi holding hands whilst former looks aggressive, holding a pistol aiming towards unseen enemies, the latter seems scared.

The story of the film is said to be based on the real events in the 1990s during the upsurge of Naxalites, Rana is essaying the character Dr. Ravi Shanar aka Comrade Ravanna, while Priyamani will be playing a tough lady role as Rana’s deputy Comrade Bharathakka.

Sai Pallavi is Rana’s admirer who falls in love with him her character name is Vennela.

Watch the latest song Soul of Vennela from the film, it is out now…

The Kolu Kolu song of the film has already gone viral on social media platforms, watch the lyrical video below, it has been viewed over 1.9 crore times so far.

The one and a half minute teaser were unveiled in March last year in the anticipation of the earlier scheduled release date of April 2021, the teaser looks gripping and explores the side of Vennela’s story (Sai Pallavi), as she falls in love with Rana’s character, hearing his valor stories.

The trailer of Dagubbati starrer will be unveiled by mid-April, though an official announcement is yet awaited, however, stay tuned as we will be up to date with the page once any new update regarding the film comes in.